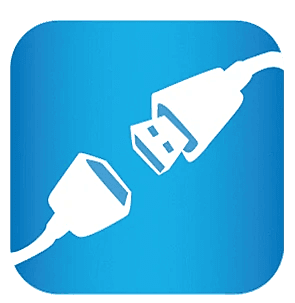 So, when T-Mobile sent me their REVVL 6 Pro to review, I assumed, given it’s yet another Android phone targeting the bottom end of the cost spectrum, this phone would join the long list of “nice try” phones I’ve deemed not worthy of consumer dollars.

I was pleasantly surprised.

I do want to preface this by saying the REVVL 6 Pro is very much a budget device. Because of that, you cannot expect it to perform like, say, a Pixel 6 Pro. It is, in no way, on the same level. Even so, this new device is surprisingly solid. And given the cost is only $219.99 for a 6.82″ display Android phone, it could be a game changer for a lot of consumers.

To begin with, let’s take a look at the specs for the REVVL 6 Pro which clocks in at:

So, although the Dimensity 700 is nowhere near the bottom of the barrel, it’s equally far removed from the top of the class.

How does it perform?

Well, the REVVL 6 Pro does not perform like a $219.99 phone. In fact, I intentionally tested the phone for a few days before I looked at either the specs or the price. When I finally did take a gander at the information, I was pleasantly surprised. Prior to knowing what I was dealing with, I would have placed the REVVL 6 Pro in the mid-price range of the Android spectrum. When it became clear I was dealing with a truly budget-friendly device, the lag I found in the UI was, all of a sudden, not an issue.

Had the REVVL 6 Pro been a true mid or flagship phone, I would have immediately shrugged it off as a non-starter. However, at $219.99, this phone is a steal. It runs very well, offers a full day of battery life, gives you plenty of internal storage, has a brilliant (albeit a rather low-resolution) display, and (much to my surprise) doesn’t include the same level of bloatware we ‘ve all come to expect from such devices.

In fact, with regards to the UI, the REVVL 6 Pro felt very similar to the Pixel 6 Pro. It’s clean and as close to the straight-up Android experience I’ve come to depend on from Google’s Pixel devices. So, if you’re a fan of pure Android, the REVVL 6 Pro will not disappoint.

In continuing my comparison to the Pixel 6 Pro, I found the size of the device to rival my go-to phone very similar (Figure 1).

I will admit that I’m not a huge fan of huge phones. It took me quite some time to get used to the size of the Pixel 6 Pro and I’d still rather go back to the smaller devices. That said, if you prefer a larger device, the REVVL 6 Pro has you covered. Another nice thing about the REVVL 6 Pro is that it doesn’t (in any way) feel cheap. In fact, the build quality of this device far surpasses its price. This phone is built like a tank.

These days, you can’t get by with a shoddy camera. People love taking photos with their devices and the second a company releases a phone with a poor camera, they’ve doomed themselves. In this arena, I have two benchmarks — the Pixel 6 Pro (at the top) and the Essential PH-1 (at the bottom).

I can happily say the REVVL lives squarely in the middle of those two devices. And although the REVVL 6 Pro cannot stand up to the magnificent camera in the Pixel 6 Pro, it’s not that shabby.

The REVVL 6 Pro camera doesn’t include a Portrait mode and instead opts for what they call Live Focus. This allows you to adjust a pseudo depth of field effect. I found the Live Focus to be very hit and miss but with some careful setup (and good lighting), you can get a pretty impressive effect (Figure 2).

Who is the REVVL 6 Pro for?

This is easy. If you’re under the constraints of a tight budget and are looking for an Android phone that will serve you well, the REVVL 6 Pro might be exactly what you’re looking for. It also may make an ideal phone for teenagers. However, if you demand high performance from your phones, look elsewhere as this device is nowhere near flagship level. But the T Mobile REVVL 6 Pro is a remarkably impressive device, given its $219.99 price point.