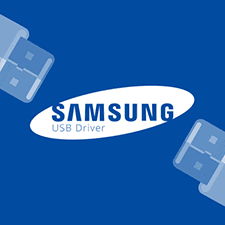 If there’s anything in the Photos app I’m likely to want to view on my iPhone, it’s going to be my recent and favorite photos. Yet currently, the only way I can be sure of being able to do so with or without a mobile data connection is if I keep local copies of everything.

That’s because Apple offers only a binary choice: Keep all photos and videos in local storage on your phone, or let the iPhone automatically manage things, deciding for itself when to offload storage to iCloud-only…

Automatic management of iPhone storage is, of course, a very Apple approach. The company likes to hide technical stuff from users, so just slide the toggle to Optimize Storage and let the iPhone take care of it.

But, like many Apple features, it appears to have been designed by someone who has never left the always-connected environment of Silicon Valley.

I recently wanted to show someone a video I’d shot on my iPhone. But despite the fact that it was a short video taken just a few days earlier, and I was using only 161GB of storage on my 256GB phone, iOS had decided to delete the local copy. Since we were not on wi-fi, and in a location with poor mobile data coverage, viewing the 4K video proved impossible.

In theory, Apple applies some intelligence to the way it offloads photos and videos. But rather than keeping the most recently-taken ones, it applies some kind of black-box magic to decide which ones you are likely to view. But the end result of that black box decision appears to me to be effectively random.

So rather than a binary choice of everything stored locally, or random media offloaded, what I’d like is some manual control. (I know: I can hear the sharp intake of breath from Apple Park too.)

Specifically, I’d like the option of setting two rules, subject to me having sufficient free storage.

By default, keep local copies of all the photos and videos I’ve shot within the past 30 days.

Perhaps there might need to be some exceptions, like if I’ve shot a two-hour long event in 4K. That would take more than 20GB of storage, and it probably doesn’t make sense to have a single locally-stored file take up that much space. Similarly, if I’ve been on the trip of a lifetime and taken sixteen gazillion photos, then those might have to be archived.

But, edge cases aside, leave the last month’s worth of photos and videos alone, please.

If I’ve favored a photo or a video, that ought to be a clue that I’m likely to want to look at it again fairly often – so it would again make sense to keep local copies of these by default.

Of course, no settings should result in the Photos app using up every last kilobyte of storage space. iOS should always leave a certain amount of storage free for extra apps, new photos, and so on.

In particular, iOS does face a dilemma with video. It has no idea when I might next shoot video, or how much free space it may require. Given that 4K video requires a lot of storage, it does need to keep a decent chunk free.

Users would certainly be unimpressed if they hit Record to video a special moment, only to find that recording was unavailable – or stopped early – because they’d run out of storage. But I think this could be tackled in one of two ways.

One, note my personal usage patterns. If I frequently shoot half-hour videos, leave enough space for one of those at all times. If, as is the case with me, I typically shoot anything from a few seconds to a couple of minutes, then it doesn’t need to leave as much free storage.

Two, if this is considered too risky or complex, then just leave 30 minutes recording time free at all times. No-one is going to miss a special moment by not being able to record for more than half an hour.

This could be done with toggles

Note that I’m not saying any change should be forced on people. The black magic automation should always be an option.

My initial thought was toggles in the Photo section of the Settings app. Optimize Phone Storage becomes a section rather than a single toggle. There would then be an Always keep local copies option, with Everything, Automaticand Selected options. Within the latter would be three toggles:

But then I realized there’s a much simpler way to do it.

Have two system albums: The existing Favorites one, and another called Recent (taken within the last 30 days). By default, keep local copies of photos in both albums. That’s it.

The existing Settings remain the same – Optimize Phone Storage or Download and Keep Originals – and if you choose Optimize, then the above rule applies for as long as there is sufficient storage. If storage runs low, then Apple gets to apply its black box rules.

Is this a change you’d like to see? Please take our poll, and share your thoughts in the comments.

Check out 9to5Mac on YouTube for more Apple news: