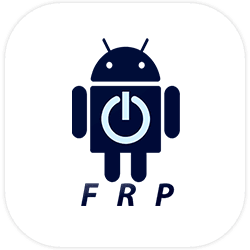 There are differing political opinions on whether the act will increase taxes for low and middle class Americans, instead of just high earners.

BOISE, Idaho — National conversation continues to center on the Inflation Reduction Act, depending on which side of the aisle you are on you may hear very different conversations. A major question about the act, does it keep the promise of President Joe Biden, who said the act would not raise taxes on people making less than $400,000. Critics say no, supporters say yes.

“I will this week. Once it really starts getting into the press all. I hope people start to call me,” Beebe said.

A major question he will likely get, how will the act impact taxes? Beebe explains the language in the act.

“Tax rates aren’t changing as part of the Act, but there are some things for corporations, they are raising taxes which they’ll end up passing through to consumers. So, while you may not be paying taxes directly, you’ll be paying more for it,” Beebe said.

RELATED: Here’s what made it into the Inflation Reduction Act and what got cut

While the individual tax rates for those making less than $400,000 does not change, the act does include a new 15% minimum tax on corporations that earn more than $1 billion in annual profits. The tax works to focus on some 200 US companies that avoid paying the standard 21% corporate tax rate, including some companies that end up paying no taxes at all due to clever maneuvering. Experts say do not expect the major corporations to bite the bullet on paying new taxes.

“You take Amazon as an example. Very early on, Amazon didn’t make any money for years, but they had a big net operating loss carryover that they’ve been using up now that they’re profitable. But it still is an offset that was legal to use but very unpopular politically. So, it’s focused on companies like that or that they’re reinvesting large amounts of their income into other things that are deductions they don’t want all these deductions getting away,” Beebe said “They’re not going to just take a hit to the bottom line. They’re going to pass that through to consumers.”

“Usually it would be a price increase. It might be lowering the rate of wage increases, although with our current environment of tight unemployment, you can’t mess with people’s wages too much. That’s going to be in price increases,” Beebe said.

So, while tax rates might not change, low and medium earning Americans could see a cost associated with the new act, but tax credits built into the act for things like green energy and electric cars or Medicare benefit extensions are supposed to offset the costs.

Beebe says he is also watching another part of the act, an $80 billion investment into the IRS. The goal is to crackdown on dishonest tax filings that cost the country millions of dollars.

“Well, they’re talking about hiring up to 80,000 employees, which is almost doubling the size of the IRS and which will make a big impact on IRS audits. The IRS has kind of a tough job. They enforce a very unpopular law. Everybody understands that the government needs money to operate. They just don’t want it to be their money. They want it to be somebody else’s money,” Beebe said.

If the IRS has more resources, it’s fair to assume there will be more audits done to cut down on lost IRS tax collections.

“They’ll go after that underreporting from individuals is $250 billion. It’s much larger for some individuals and corporations or payroll taxes. And who’s that going to go to? It’s mostly going to be people that make under $400,000 a year. Again, that’s not a tax increase because that’s tax law that exists. People aren’t paying it and the IRS is going to try and collect it. It’ll be focused on people making under $400,000 because there are more of those people than there are over $400,000,” Beebe said.

KTVB is now on Roku and Amazon Fire TVs. Download the apps today for live newscasts and video on demand.

Download the KTVB mobile app to get breaking news, weather and important stories at your fingertips.

Sign up for the Daily 7 newsletter: Your forecast. Your commute. Your news.